FREE DELIVERY ON IRISH ORDERS OVER €49 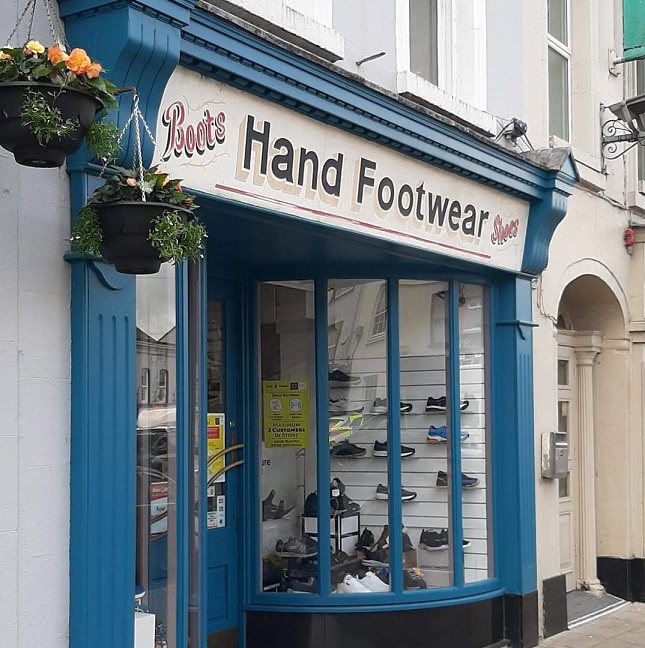 Trading online as www.shoeheaven.ie , Hand Footwear has been in use as a shoe shop for over one

hundred years. John Hand opened a shoe shop in Carrickmacross in 1908 and despite being

burned out in 1922 during the war of independence he continued to trade until 1954.

the shop and business from John Hand in 1954. Patrick Hand and his family have continued to

the offering of quality shoes to the people of Carrickmacross and surrounding area.

The premises have been extended and upgraded on a number of occasions, an extension was

extend the shop laterally. Patrick’s son Jim joined the business in 1983 and continues to run

and expand the business. The new store quickly established a loyal customer base and

continues to offer the same quality, choice and customer service to the people of Monaghan.

sold in the shop were made in Ireland and the UK they now come from all over the world.

to provide the same excellent customer service, and quality product for the next hundred years.

and has gone from strength to strength with customers from all over Ireland and Europe!